The iPhone is a type of cellphone made by Apple Inc. They are commonly seen throughout the series, and nearly everyone shown to have a cellphone has an iPhone.

Emma looking at pictures of Ty on her iPhone, such as his face...

him with a camera...

...and him scrubbing his board.

Fin uses her iPhone to record a video of Ripper's surf moves...

Fin uses her iPhone to get footage for her website. 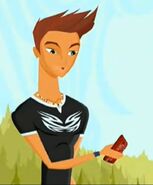 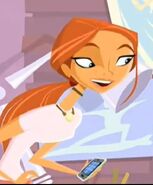 Emma with her iPhone.

Lo with her iPhone.

George with his iPhone.

Lo finds out about That's so Reef and Lo, a show centered on her relationship with Reef.

Broseph using his iPhone.
Add a photo to this gallery

Retrieved from "https://stoked.fandom.com/wiki/IPhone?oldid=34026"
Community content is available under CC-BY-SA unless otherwise noted.