Tyler "Ty" Ridgemount is Lo's and George's older brother, and the oldest child of Mr. and Mrs. Ridgemount. Like most locals, he's also a surfer. He's also been shown to hang out with some of the resort's senior employees as well.

Throughout the show, Ty is seen filming surfing videos, and as Lo points out, he wants to make a career out of it. Also in the beginning of the first season, Ty is unaware of Emma's crush on him. He is then asked out by Kelly and the two go out to dinner. Lo sabotages the date by spiking Kelly's food so she is forced to go to the bathroom, and Emma takes Kelly's place for a while. Emma and Ty have a good time until Emma accidentally eats a bite of Kelly's dinner and then she has to go to the bathroom. After that, Kelly comes back. Ty and Kelly then start dating.

As of "Heartbreak Hotel", Ty and Kelly are no longer together after he finds out from Lo that Kelly was only with him for his money and when Kelly insults Emma. Ty and Emma are possibly dating.

Ty in the Penthouse. 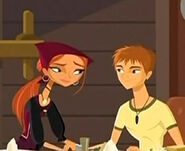 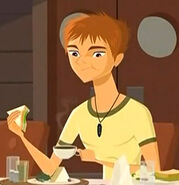 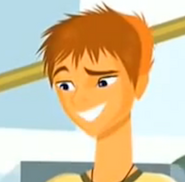 Add a photo to this gallery
Retrieved from "https://stoked.fandom.com/wiki/Tyler_Ridgemount?oldid=34599"
Community content is available under CC-BY-SA unless otherwise noted.