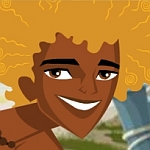 Hi, welcome to Stoked Wiki! Thanks for your edit to the Broseph page.

Yeah that was done by SPFan909, he didn't believe me when I told him Cle Bennett did not voice him.- General plasma

Dude I not so sure what the point is on putting quotation marks to episode names?- General plasma

The reason I asked was no one else was doing adding quotation marks.-General plasma

This message is being sent to all users:

P.S., if you have any questions, please leave a message on my talk page under "Misspellings" and I will write back shortly.

I know right? I'm just getting sick and tired of it. It's like people don't know how to spell (not to be used in an offensive tone). -SP

The Fake-out make out

Heey, how do you know that lo and reef kiss on stoked in season 2 :) ?

Ohh :/ i hope they play season 2 in Australia :L i wish i could see the premiere :L aha :D

You're a Canadian fan, aren't you?

I was just curious how Stoked's doing in Canada. As far as I know, it really bombed here in the States.

Can you make a plot summary on Channel Surfers? I live in the United States and I can't see any of the new episodes for Stoked, which sucks.. I really want to know what happens in the episode! It would be awesome if you summarized the whole episode. :) If you ever see the episode on television!

Yo, I need help

Long story short, I tried this table thing, whatev you'd call it, on the Penthouse of Horror page, and I've been havin' trouble gettin' it off. Tried to remove it, but no luck. Really need your exprtise here.ReeFin Emperor 22:28, December 31, 2010 (UTC)

Just thought I'd remind ya

I can't help but feel you forgot the followin' episodes:

Safety Last
Sick Day
Channel Surfers
Grumpy Old Brahs
Grommy the Vampire Slayer
The Boardy Brotherhood
Just thought I'd point out that these episodes are still incomplete. I mean, no plots, no pictures, just the summaries. Just so ya know. That is all.

Since these episodes have aired and Teletoon is not showing new episodes, it might be a good idea to complete these epsiode pages, thanks.- General plasma 02:09, February 25, 2011 (UTC)

I see you removed someone's vandalism to another user's talk page, you should have told me about the vandalism so I can deal with it. General plasma 04:41, January 3, 2012 (UTC)

what you say is a goof in Reef and that Evil Totem is just airing difference. It happens in Total Drama abd 6Teen.

In Reef And That Evil Totem, the Canadian vs American airings are not goofs. just country differences, k?

Hi, I was wondering if you every uploaded Stoked season 2 logoless online anywhere. It's no longer available for purchase and it's the only season I'm missing in good quality out of all three Fresh TV series (this, Total Drama, and 6teen). It would be really appreciated if you could somehow share the iTunes episodes. I went to buy it today to find out it's no longer available on the Canadian store and it was never up on the American store sadly. JBen98 (talk) 18:51, April 23, 2020 (UTC)

Hey, sorry it took me so long to respond to this, I didn't even see you had replied to me. I mostly meant the first half, as sadly I know the second half was never released, but based on the images you've uploaded, it looks as though you own the first half of season two, and more or less meant I was hoping you could share those ones. It would be amazing if you can, but if not I completely understand. JBen98 (talk) 06:50, July 27, 2020 (UTC)

Retrieved from "https://stoked.fandom.com/wiki/User_talk:Old_School_Fan?oldid=34985"
Community content is available under CC-BY-SA unless otherwise noted.